Wondering what happened to your favorite performers? I’m writing a book about women’s music* and since I’m talking with some of the musicians, I can update you. Here’s a list, in no particular order.  Be sure to check out the links. 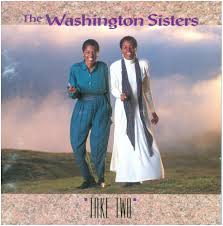 These identical twins with the great harmonies made two albums, Understated (1987) and Take Two (1991), and toured their butts off, averaging 75-100 gigs a year in the late eighties and early nineties. Sandra loves her current job with the park service. She lives in the Midwest with her partner and daughter. Sharon is an academic who lives on the west coast. 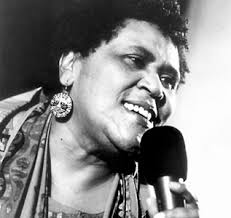 Most know her from her song “Sugar Mama” that appeared on the 1977 Olivia Records compilation Lesbian Concentrate. Her soulful music is also heard on a 1993 tape and the wonderful CD Sugar Mama (2000), produced by Linda Tillery. She’s featured prominently in the film Radical Harmonies. Sadly, we lost her on January 31, 2014.

You may not immediately know her name but you’ll recognize who she performed with – she played bass and sang with the ground-breaking Chicago Women’s Liberation Rock Band. They recorded Mountain Moving Day for Rounder Records in 1973. She also recorded and performed with Willie Tyson, Casse Culver and Betsy Rose. When she started a solo career in the early eighties, she was sidetracked by health problems. Susan recently released an excellent documentary, Homesick: Living with multiple chemical sensitivities and continues to make music.

Since I mention Susan, it’s a good time to talk about Willie even though I have little to report. Sometime after the release of her third album in 1979, she quit touring. Years ago I heard Robin Flower say at one of her concerts that Willie had taken her own advice and gone back to school to become an engineer. One of her most requested numbers was Peggy Seeger’s “Gonna Be an Engineer.”    If you know Willie, please tell her I’d love to talk with her for my book. 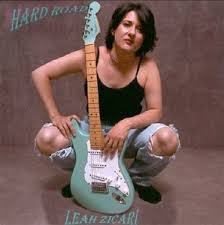 Leah’s a refreshingly out lesbian singer-songwriter who toured in the nineties. I love her sense of humor and kick ass guitar chops. She’s played in pit bands for musicals and did a stint as the banjo player for The Hayseeds. She lives in upstate New York.

Another out musician with a great sense of humor, she retired in the nineties after making five recordings and performing in forty-one states and eight foreign countries.

This Chicago area folksinger is one of the founders of the National Women’s Music Festival (way back in the seventies). She had a nationwide presence, especially in the area of women’s rights, sharing the stage with people like Gloria Steinem. I always loved her song “Mammary Glands.” Lucky for us, she’s still making music.

Half of duo Casselberry and DuPree, I first heard them at an early National Women’s Music Festival. They released albums and toured until the early nineties. Judith was the co-producer of Amazon 35, a CD celebrating the thirty-fifth anniversary of the Michigan Womyn’s Music Festival. It offers several versions of Maxine Feldman’s iconic song “Amazon.” A long time worker at the festival, Judith can always be seen on stage during the opening ceremonies where they sing Maxine’s song.  Currently, she’s a professor at Bowdoin University in Maine. 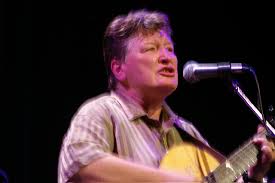 This Canadian folksinger is well-loved by many. She’s released sixteen albums and played in many corners of the globe. Lately, she’s done projects with musician Bitch, including Thunder and Lighten-ing, a film and album by and about Ferron. She currently lives in Michigan. I haven’t yet interviewed her for my book but she’s definitely on my list.

This woman gets around – whether you know her from nineties band Venus Envy, comedy duo Dos Fallopia or her solo show, you know she’s pee-your-pants funny. Well-known in Seattle (where she lives), especially for her annual Ham for the Holidays show that she does with Peggy Platt and others. She’s a favorite on Olivia tours.

Be sure to check out out Part One and Part Two to find out about more musicians.

A lot of these links came from Queer Music Heritage, a great site about all things queer and music. I don’t know when grand poobah JD Doyle has time to sleep.

Some of these photos came from Google Images. If you know the photographer, please let me know and I’ll add the credit.

Is there anyone you want me to mention in future posts? It helps if you can tell me how find them on line or if you have a personal connection and can give me an update.

If you enjoyed this post, please consider making a $2 donation. It’ll help keep me in coffee and my cats in kibble. Merci y’all.

4 Responses to Still finding the fire, part 3: where are women’s music performers today?