There’s something about the women: women’s music book 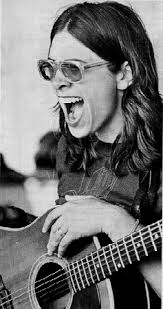 Back in 1977, I attended a Therese Edell concert. I’d never heard of her but my friend Lois asked if I was going and I couldn’t think of a reason to say no. I knew I was in the right place as I sat in that darkened community college theater surrounded by a couple hundred women, listening to Therese caress each song in that resonant alto voice. I was a newly out young lesbian. She was One of Us, at a time when there were few women in mainstream music, aside from a small number of  singer-songwriters who went on about their men. Around that time, I discovered Lesbian Concentrate, a compilation LP from Olivia that featured Cris Williamson, Meg Christian, and so many more soon to be a part of the soundtrack to my coming out as a lesbian and a feminist. I journeyed days to attend festivals, I stood in line with my well-worn albums to meet my favorite musicians, and I became stronger. So did thousands of you.

A few hundred concerts and festivals later and it’s 2011. Therese Edell passes away and I am devastated. I started thinking about the others we’ve lost. Who will remember us and this amazing network we created? There’s a movie (Radical Harmonies) and book (Eden Built by Eves) but both came out a while ago (and the book is out of print although author Bonnie Morris has continued to write about our culture). We have some lines in a couple of other books and there’s a few great memoirs but they’re only about one artist. I wanted to complain, but caught myself mid-groan and thought why not me? I’m a writer. So, in 2011, I declared that I was writing a book about women’s music and jumped right into the deep end. 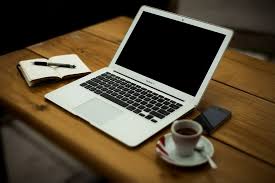 Imagine a much bigger cup of coffee and a desk littered with stacks of paper anchored by my co-writer Zoe the cat.

I had confidence in my writing ability. I’d written a ton of articles, mostly about music. Had I known about the immense amount work that was ahead of me I might have run screaming in the other direction.  Fortunately, over the years I amassed a cheer leading team and a host of more experienced women to offer me advice.

Over fifty interviews and fourteen chapters later and voila! I had a book. I won’t bore you with the details. I will tell you that it took long chunks of time within five years before I finally had a first draft.

I researched academic presses and sent off a few proposals. One publisher turned me down. The second one I heard from only had the proposal two days before they said “Yes.” Reading that email, I thought my heart was going to pound out of my chest.

I can’t tell you details now except that I’m hoping it’ll be out this year (2016). It has a tentative title. (The title is not “Something About the Women” — that’s just a Holly Near song I like.) And the photos! Holy cow! They’re so good, you can hear the music burst out through the images.

I had the pleasure of interviewing so many in women’s music, from performers to sound engineers. They were generous with their time, bringing us back to the energy of that first festival, that first album. I talked with Holly Near, Robin Flower, Mary Watkins, Alix Dobkin, Deidre McCalla, Lisa Vogel, Kristan Aspen, Naomi Littlebear, Margie Adam, Nancy Vogl, Sandra Washington, Sue Fink, Ginny Berson, Mary Byrne, Boo Price, Tret Fure, Robin Tyler, and so many more. I scoured Hot Wire, Queer Music Heritage and lots of other sources.

In this book I explore early women’s music, especially the performers of the seventies and eighties. It’s not just a laundry list of who-did-what-when; it’s a collection of good stories from the women who were there.  I was careful with details so it’ll be accurate enough for use in classrooms and research. 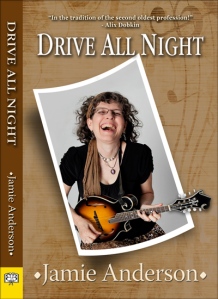 This will be my second book. My first book, a memoir, was published in 2014. Find out more about Drive All Night here. I’ve also penned a few dozen articles for SingOut!, Curve and more. I’ve reviewed countless CDs for a variety of sites and I’ve written this little blog for a few years — over 400,000 hits so far, 20 plus about women’s music (find them here).

Keep up with the progress of the book by subscribing to this blog. (Look in the upper right corner for the link.) Or, sign up for my mailing list here and you’ll get a monthly email newsletter with book and touring news.

Already people are asking about buying the book. I’m glad there’s such a demand. I don’t want another icon like Therese to slip away without notice. We all deserve to be remembered.

Hot Wire is also available in many libraries and archives.

Musician - teacher - writer - gets bored easily. I write an almost-weekly blog that includes true stories gathered from 20-plus years of touring, how-to articles for musicians and profiles of performers. Also, I love dark chocolate, I can play "Brown Eyed Girl" behind my head, and I twirl the baton badly.
View all posts by jamiebobamie →
This entry was posted in Women's Music, Writing and tagged lesbian music, music, women musicians, women's music, women's music book. Bookmark the permalink.

7 Responses to There’s something about the women: women’s music book